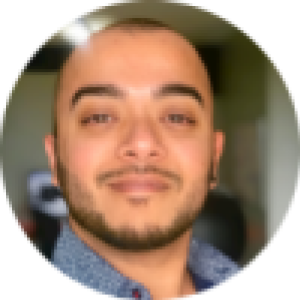 Where Was Acupuncture Invented?

Although acupuncture in Calgary already holds a certain amount of holistic appeal and mystical mystery, it is not without actual, verifiable roots. In fact, the history of acupuncture is long and winding, much like the path of any energy travelling through our bodies and the rest of the living world.

Let’s look at the chronological basis for acupuncture in Calgary. But to get there, we need to start with where it first began.

The Chronology of Acupuncture

Again, future finds shed light on past probabilities. In 1991, a man from this era was found frozen in ice. When he was discovered by researchers, many surmised the 61 distinct tattoos covering his body were actually indications of acupuncture meridians. They matched up very closely with modern diagrams and they were particularly focused on the lower back. Researchers have confirmed that the man suffered from back issues!

Still, as close as the resemblance is, there is no direct link between the man and acupuncture in Calgary. Although it is likely that whatever treatment the man was undergoing had some similarities with the modern understanding.

The first piece of evidence that dates acupuncture comes from this time period. An oft-cited book, The Yellow Emperor’s Classic of Internal Medicine, is the source of such claims. It is named after Huang Ti (Huang Ti Nei Ching), who was the third of five legendary emperors in China, and ruled between 2696 and 2596 B.C.

The french had produced several books on acupuncture by this time, and around this time American medical journals began to report on the subject. And so it spread to the west, where over time it would steadily increase and decrease in popularity before eventually coming to be accepted as a form of medicine.

Knowing where acupuncture comes from is one thing, but feeling its beneficial effects for yourself is much better. Contact us today to book an appointment!

Reclaim your inner wellness at our naturopathic clinic in Calgary. Our focus is on treating individuals suffering from chronic pain or issues that modern medicine can’t help at The Inner Wellness. Our team of multidisciplinary wellness practitioners has the experience and enthusiasm to offer a comprehensive selection of services, including massage therapy, homeopathy and naturopathy in Calgary, all aimed at improving your health and well-being. We offer acupuncture, Reiki, IV therapy, vitamin injections, and various massage services. Feel rejuvenated, relaxed and restored with our Calgary holistic doctors. Book your appointment now!